A downloadable game for Windows, macOS, and Linux

The Electric Shocktopus pits you against the forces of nature as you use Magnetism to spin, Electricity to fly, and physics textbooks to prop up your monitor. This science-based game mixes real physics with compelling gameplay.

Never has the Right Hand Rule involved so many tentacles!

Our hero, the titular Shocktopus, is out for revenge against the Magnetic Yeti. Its a dangerous world, but our little Cephalopod has a trick up one of his eight sleeves: he can change his electric charge at will. This means to make it through the spike and missile-filled levels, you'll need to use all that Electromagnetism you've forgotten from physics class.

Attraction, repulsion, weird spinning loop-de-loops that will make you scratch your head — this game has them all. The game is based on the actual physics of Electromagnetism -- which means you'll be an expert in the topic by the end. Or, well, you'll have beaten a game. And isn't that enough?

The game comes loaded with a Level Editor, allowing you to make you own electromagnetic levels and see what happens. Great for everything from making new levels to challenge your friends, to recreating homework problems and checking them with a voltmeter.

Accurate Physics from a pedant you can trust
Electric charges that attract and repel you
Magnetic fields that cause you to spin according to Lorentz Forces
Conductors that warp electric fields, calculated using the Relaxation Method
Electric currents that lead to magnetic fields, via the Biot-Savart Law
44 Levels of fun! Plus one level of pure torture.
A Level Editor so you can make all your own levels, or do your own physics experiments.
A whole bunch of spikes and missiles.
The game comes with a virtual Voltmeter and electric field meter.
One more opportunity not to learn the Right Hand Rule!

Head here to learn more about the game, or here to get inspired by some rad user-made levels.

Music was created by Brian Allen Holmes, and SFX were made by Kevin Notar.

Some other projects on itch:

Why do astronauts float?

In order to download this game you must purchase it at or above the minimum price of $6.99 USD. You will get access to the following files: 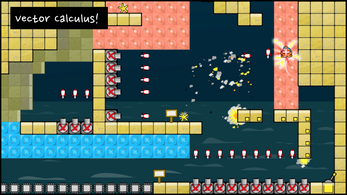 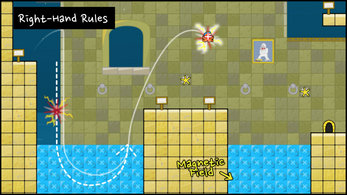 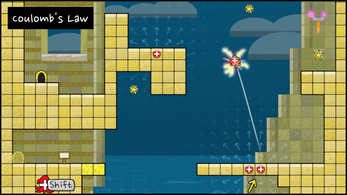 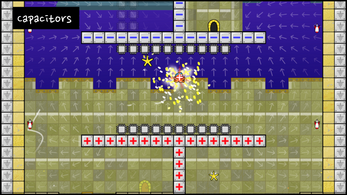 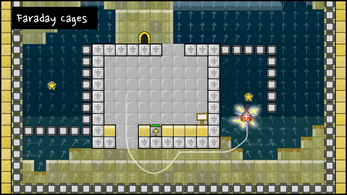